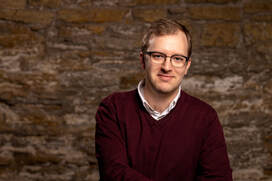 Dr. Robert Summer, founder and music director emeritus of The Master Chorale of Tampa Bay.  Dr. Summer has prepared many choruses for conductors including Irwin Hoffman, Jahja Ling, Julius Rudel, Sir David Willcocks, Sir Neville Marriner, and Robert Shaw. The Master Chorale and USF Chamber Singers were invited by Shaw to participate in performances and a recording on Telarc Records of the Mahler Symphony No. 8 with the Atlanta Symphony and Chorus in 1991.

Dr. Summer has been a guest conductor of The Florida Orchestra on a regular basis, having conducted performances of Orff’s Carmina Burana, Verdi’s Requiem, the Brahms Ein deutsches Requiem, Bach’s Mass in B Minor, and other major choral/orchestral masterworks. In 1990 he had a Carnegie Hall debut conducting the Manhattan Chamber Orchestra and several choirs from throughout the United States in Schubert’s Mass in G Major. The Master Chorale and the USF Chamber Singers under his direction, joined Sir David Willcocks and The London Bach Choir in June 1996 for a performance of the Berlioz Requiem in Westminster Cathedral, London, as well as in a concert of American and English music at King’s College Chapel in Cambridge.
Cory Alexander - Interim Assistant Conductor Email 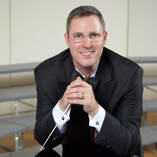 We are pleased to share that Cory Alexander has been selected as our Interim Assistant Conductor for the remainder of the 2022-2023 season.

Cory is a member of our Bass section and is currently a Humanities and Fine Arts Professor at St. Pete College, overseeing choral and vocal activities in the music department. Click HERE for a link to Cory's St. Pete College bio. ﻿​
Rodney Shores - Principal Accompanist Email 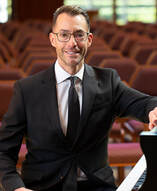 Originally from Greensboro, NC, Rodney Shores is the Principal Accompanist for The Master Chorale, a music educator, performer, choral conductor, clinician, and lecturer who also specializes in the history of Christian worship and liturgy. With more than 28 years of teaching experience at the elementary, middle/high-school, and university levels, he currently serves as Lecturer in Music and Instructor of Voice at the University of Tampa (UT), where he also conducts the University Concert Chorus. Rodney also conducts Serata, an advanced high-school men’s chorus, as part of Tampa Bay’s Lumina Youth Choirs.

Rodney holds the Master of Music degree and the advanced graduate certificate in piano performance and pedagogy from the University of South Florida, where he also completed all coursework for a master’s degree in choral conducting. He holds a doctorate in historical and applied liturgics from the Webber Institute for Worship Studies. Kara Dwyer is the Managing Director and joined the Chorale's staff in 2005.  Kara oversees all administrative functions of the Chorale's operations.

Kara is originally from Liberty, Maine. She received her Graduate Certificate in Non Profit Management from the University of Tampa in 2009, and Bachelor of Science in Business Administration with concentrations in Management and International Business from the University of Maine - Orono in 2005. She also attended Griffith University in Brisbane, Australia in partial fulfillment of her international concentration. With over 18 years of non-profit arts administrative experience, Kara occasionally consults on matters of nonprofit arts management, has been a grant panelist for the Florida Division of Cultural Affairs and the Arts Council of Hillsborough County, and has previously served as the Director of Operations for Gulf Coast Youth Choirs (now Lumina Youth Choirs), Marketing Coordinator for the Community Foundation of Tampa Bay, and the Assistant Office Manager for the Maine Center for the Arts (now the Collins Center for the Arts).